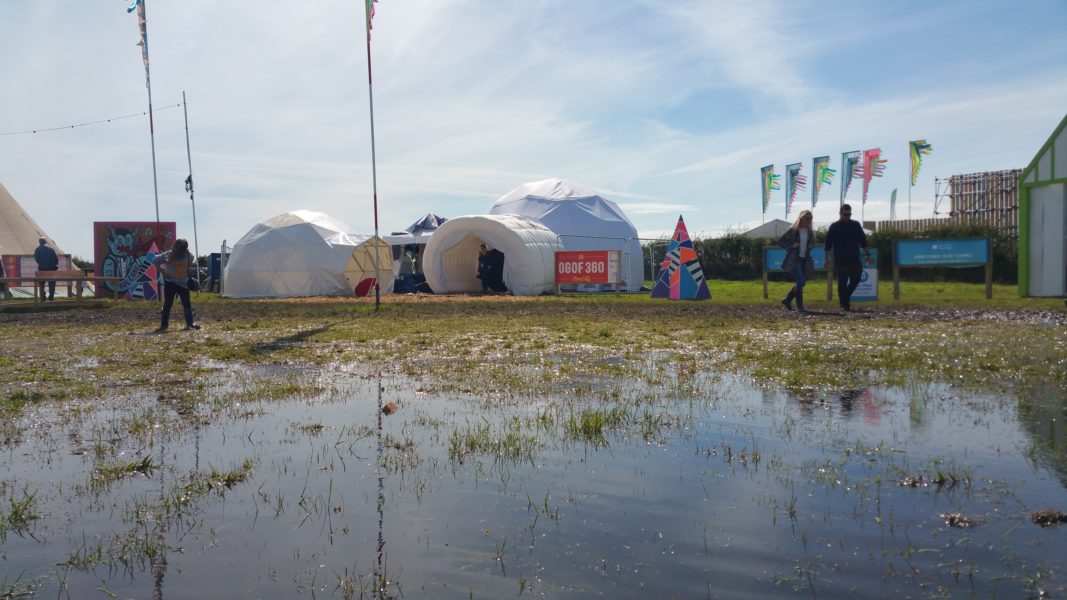 OGOF 360 AT THE NATIONAL EISTEDDFOD

At 4Pi productions we love the National Eisteddfod of Wales. We are an international team; a delicious mix of Welsh, Spanish and English and so the Eisteddfod is always an exciting and fascinating opportunity to see Welsh culture in the raw, in what is for many Welsh people the most anticipated event of the year. Visitors to the Eisteddfod sometimes describe it as the time that they feel most ‘Welsh’, when they can connect and speak with their fellow countrymen and women in their native tongue. And yet, the Eisteddfod is unfailingly welcoming to all whether they speak Welsh or not, and it is this inclusive, welcoming approach that helped to give this year’s Eisteddfod a really special feeling and why it was a highlight of the year for all of us at 4Pi Productions too.

One of our core values at 4Pi Productions is inclusion, and in many ways that’s what our work is about; enabling access and expanding horizons, often by taking art and culture to new audiences and in new directions. That was one of the guiding principles behind the Dance Dome project, which saw 4Pi Productions take Welsh dance and choreography to international audiences via our innovative 7 metre immersive cinema dome.

This year’s Eisteddfod saw the evolution of the Dance Dome platform and the debut of CULTVR, a digital platform created by 4Pi Productions to connect audiences with contemporary arts and culture from across Wales. Working in partnership with the Eisteddfod’s organisers we were given access to events across the maes (Welsh: field); from the Pavilion where we captured and streamed live performances including the Chairing of the Bard, to Maes B, the youth focused and ebullient face of the Eisteddfod – and all the places in between, where we were privileged to witness some truly breathtaking performances.

Some key results and information from the Eisteddfod:

In particular we’d like to thank the Eisteddfod organisers and the helpers at Cafe Maes B for all of your support throughout the Eisteddfod and also thank the Welsh Assembly Goverment for assisting us in the development of the CULTVR project.